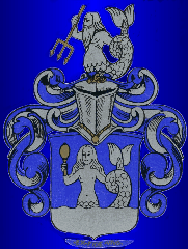 THE MEANING OF LIFE

Many people try to find a meaning with their lives. They are not satisfied just to be. And to make life as pleasant as possible as long as they are alive. They can’t accept that there should be no higher purpose with their existence.

Some use the religion

Some use the religion to give life a purpose. They think that if they live in a certain way they will earn the right to come to paradise or reach nirvana or something like that. And they live happily with their belief.

But what meaning has life then? Are we all here owing to a mere chance and are all our acts meaningless? Or is there some kind of higher purpose with it all?

Is there any rational answer?

Yes live is full of questions to which there are no reliable answers. But I think I have found some kind of reasonably rational answer to the question of the meaning of life. Life is simply a challenge.

Most things indicate that matter follows certain laws that with some kind of absolute necessity make it gather in more and more complicated structures, of which some in time become living and develop into higher and higher organisms. And also these organisms seem to follow certain fixed patterns.

So do all living things

Among all the regularities that one seems to discern when it comes to the behaviour of the living organisms, the strive to spread ones own genes recur. This of course is some kind of meaning of life but it is common to all organisms from unicellular algae and bacteria to the primates and ourselves.

So do many animals and so do we

Those who think that this seems vacuous may raise their eyes a little and widen the perspective. It is not only question of having as many descendants as possible. It is also about making the best possible conditions for the offspring. At short sight this can be done by care, upbringing, education, etc and on the long view by creating a family fortune or business or fund or the like in order to provide for coming generations.

Strategies like that certainly give life a meaning for many people but those who are not satisfied with that can widen the perspective still a little more. In that case it may be a matter of environmental measures or the like in order to secure the conditions for life on earth and human generations to come. If you can say to yourself that you in any way have contributed to a better world, you certainly can state that your life has had a meaning.

But if you raise your eyes to the stars a feeling of the utter meaninglessness of it all comes to you. Our sun is a star among other stars and we are totally dependent on it for our existence. Our sun and earth are said to be around 4,6 billion (thousand million) years old. After studying other similar stars of different ages we can predict that in another four billion years the sun will swell to a so called red giant devouring the earth into its burning inside. Before that, life on earth may have developed in many different ways that we can’t predict now. Then it all ends leaving no trace. How utterly meaningless!

But still, what a challenge! Living organisms have existed for billions of years. Humans or hominids for millions. Homo sapiens have been here for about a hundred thousand years. Our known history goes around 5 000 years back. Our knowledge and our skills have improved immensely the last hundred years.

There are no traces of  any other earlier civilization that has come that far anywhere on earth.

Can we expect help from outside?

It is however possible that such a civilization has come into existence on another planet in another solar system. Universe is endless. Thus there must be an endless amount of planets with conditions as good as those on our planet for life and higher civilizations. But the conditions are so special that such planets must be immensely far apart. Our nearest neighbour star is about five light-years away. With 10 % of the speed of light it would take us 50 years to go there but already at that speed the collisions with the few atoms or molecules in the free space will wear out the spaceship. And if we came there we would probably find that there is no habitable planet.

The truth most likely is that if there is a civilization on another planet, the chance that we should meet it and be able to exchange knowledge with it is extremely small. And the possibility that it would be a peaceful meeting is still less.

That civilization by the way, would be in the same fix as we and life on earth. A certain amount of time will be measured out and then it is all over.

Just because of this perspective you must see life as a challenge. If life wherever it arises, during the measured time only develops into higher and higher forms of life and finally into civilizations who maybe destroy themselves so that it all must start anew and then, when the time is up, it all burns, well then it all is truly meaningless.

We only have 4 billion years to go

But imagine the possibilities of development that we have in the next 4 billion years. If we don’t throw away the civilization and development we have had so far but continue to go forward an preserve the planet we have got, how far could we reach then? Then we might have found the way to save what can be saved when the inevitable end comes.

Maybe the meaning of life simply is to take care of the development that has been and see to it that it is allowed to continue. This I mean is the great challenge that is the meaning of life. We have had the chance to develop into a higher, conscious life. It has taken more than half the time that life on earth can exist. Now let’s use the time that is left in a way that gives meaning to our lives.

When you see it all in this perspective it almost looks like some kind of scenario. Which raises the question: Who wrote the scenario?